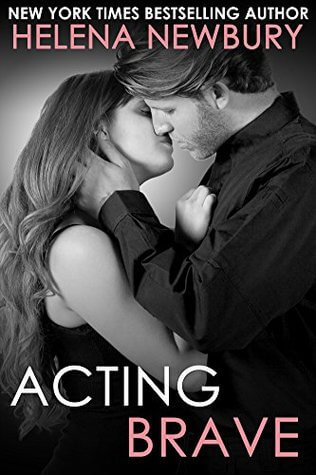 She’s spent her whole life acting. But can she make him believe she doesn’t love him? The final book in the Fenbrook Academy trilogy
Three years ago, a terrified girl named Emma fled a world of crime and abuse in Chicago and bought a one-way ticket to New York. She reinvented herself as an actress, enrolled at the prestigious Fenbrook Academy and buried her pain beneath a vivacious new persona. Her new name was Jasmine.

Now she has to pull off the performance of her career. Landing her dream part in a police show, she finds herself falling for her co-star, Ryan, a real-life cop. If she lets him get too close, he’ll awaken memories she doesn’t want to face and uncover secrets that could endanger them both. But how can she keep a guy at arm’s length when she has to kiss him on camera?

The last place Ryan imagined himself was on a TV show. Blaming himself for the death of his partner, he’s on a downward spiral of rage and guilt. The show is his last chance…but how can he keep it professional when his co-star is a woman he’s crazy about?

As their on-screen and off-screen relationships merge, things go from hot to blistering. But when Jasmine’s old life catches up with her, will a cop be the one person she can’t be around...or the only person who can save her?

Jasmine definitely did act brave, even when she thought herself she wasn’t brave at all! Acting Brave is a very strong ending to Newbury’s Fenbrook Academy series, filled with emotions – both good and bad, I both laughed, cried, and swooned! – and amazing characters.

The third instalment in Newbury’s Fenbrook Academy series fulfilled me – I loved Jasmine as a character, even if I found her hard to ‘get’ in the prior novels where she was a side character. When I got to know her better, I understood so well why she often seemed aloof and a bit detached, she really had to be to protect both herself and her friends. She came from a very difficult past, and she had seen firsthand what it meant to stand up for herself – it didn’t only have consequences for her, but for those who wanted to help her as well. Fenbrook was a new start for her, and she wanted to make the most of it, while staying safe at the same time.

Ryan had fallen in love with Jasmine almost at sight, even when he had to break up a fight, and he thought she was a high-end prostitute. The young police officer had things together, though, at least until his partner was shot dead and he had trouble dealing with his temper. When the two of them end up at the same audition for a TV show, sparks fly, and they get leading roles, even if Ryan has never acted before.

The characters moved the story forward flawlessly, and I loved to learn more about them little, by little, Jasmine had a lot of what she saw as bad luggage on her young shoulders, and it was so nice to see how she might be able to let go of the past to fully live her life in the present while also preparing for the future.

Written in first person point of view, from both Ryan’s and Jasmine’s perspectives, I enjoyed myself and was amazed at how quickly I finished the book. Completely engrossed from start to finish, I loved every second.

I hadn’t slept for two nights and I was practically hallucinating. But before I crashed out, there was one last thing I had to do. I pulled the Ploaroid camera from my backpack and took off all my clothes. And then, using the self-timer, I took photos of everything he’d done to me.

My eyes went from gray to green, courtesy of colored contacts. My face, once gaunt from stress and bad food, filled out. My skin went from deathly pale and spotty to something you might romantically call ivory. I grew my hair until it hung in long, shining waves I liked to think qualified as tresses.

“Did I do something wrong?” she asked. And even that throwaway, innocent comment was just laden with teasing, sexy innuendo. My mind filled with all the things she might have done wrong, and all the wrong things I’d like to do to her. Or was it all in my head? Was I just reading that into it because I was completely, hopelessly smitten with this girl?