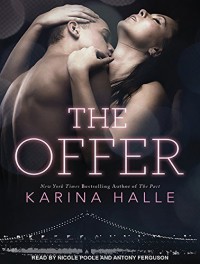 Nicola Price used to have it all-a great career, the perfect boyfriend, an excessive shoe collection, and an apartment in one of San Francisco's best neighborhoods. But when she gets knocked up and her asshat boyfriend leaves her high and dry, Nicola's perfectly crafted world comes tumbling down. Now, Nicola is the proud single mother of a five-year-old daughter and living a giant lie. She can barely afford their ghetto apartment, and all the men she dates run when they hear that she comes with a child. She's struggling and scared-and nowhere near where she thought she'd be at age thirty-one. Nicola's saving grace comes in the form of tall, handsome, and wealthy Scotsman Bram McGregor, the older brother of her friend Linden. Bram understands a thing or two about pride, so when tragic circumstances place Nicola at rock bottom, he offers them a place to live in the apartment complex he owns. But nothing in life is free, and as Nicola gets her feet back on the ground, she discovers that the enigmatic playboy may end up costing her more than she thought. She might just lose her heart. Contains mature themes.

The Offer is a well-written romance with mature characters, and I loved listening to them! Of course, I especially loved Bram’s Scottish brogue, so hot!

The Offer shows that while on the surface, a single mom and a Scottish rogue – confirmed womanizer to boot – don’t have much in common, once you look a little deeper there is much more than meets the eyes to both of them. For the longest time, I’ve wanted to read (or listen to) a Halle book, and I just haven’t gotten around to it until now. I will definitely keep on picking up her books, though, because she knows how to write! The characters were multi-faceted, and I loved how they shared a their inner thoughts little by little. Nicola really got to me, because so many little things went wrong for her – and then something big happened to make things even more complicated for her and her daughter. Bram wanted to be the knight in shining armour, but nobody would believe he could do something good. They had firmly put him into the little box that said ‘womanizer’ and there was really not much he could do to make them change their minds.

The interactions in The Offer made me want to read the first book in the McGregor series, as well, so while I was listening to this one, I bought The Pact so I knew it was waiting for me. Nicola, Bram and Ava are front and center in the story, but Linden, Stephanie and Kayla are present as well. The strong sense of friendship and loyalty is important in this book, and while most of the characters looked down at Bram a little, they still loved him and had his back when he needed it.

Of course, there is also a lot of hotness… I can’t go to IKEA without peeking into the bathroom expositions, wondering if I’ll catch someone being naughty. And there is also a lot of humor, even if there is heartache and pain as well. The story unfolds seamlessly, and if you enjoy a fast paced romance that has solid characters and a real storyline to surround the sexy times, this is definitely a book you should pick up! The narrators did a fantastic job bringing the characters to life, and Ferguson especially made my toes curl because of how he had Bram share his feelings…

Once you go Bram, you don’t give a damn.

He’s only wearing a t-shirt and boxer shorts. They are grey. They are David Beckham. They are so close I can read the label. And they are at least a size too small, based on all the junk…

Because, when you invite someone in and they leave, they take a part of you with them. It ruins the foundation. Don’t you see? It’s damaging when you pull the bricks out and the whole building collapses.